When you add WELLFLOAT to your loudspeakers, you should be able to recognise a new and previously unheard beauty of sound. This experience will make you realise that it was previously masked by distortion and the true musical performance was there but hidden. No other products in this category have ever been able to demonstrate such a clear difference.

WELLFLOAT gives a much clearer focus on the sound stage by reducing distortion. The impact on the bass frequency may sound different depending on the size of your speakers. For smaller speakers with WELLFLOAT, you can hear more bass as the loss of energy is minimal. For larger speakers, the bass volume will become tighter and more controlled, so you can hear what the true performance of the speakers is. We hope you experience this.

We have a very good and reproducible example. The Canadian pianist, Glenn Gould, was very famous for playing Bach. His piano seemed to have been specially tuned. On his CD, “The Well-Tempered Clavier, Book I”, when played on normal Hi-Fi systems there appears to be no difference between all the pieces.
​
However, introduce WELLFLOAT underneath the speakers, and carefully listen to some pieces again. Prelude No.1 in C Major has third and fifth chord and you should be able to recognise a “beat” due to interference of the frequencies, this doesn’t happen in Prelude No. 8 in E-Flat Minor where all the notes are beautifully reproduced without any beat. Then compare to other recordings of this piece, such as by Mieczysław Horszowski or Valery Afanassiev. Interestingly, the result is completely the opposite and Prelude No. 1 in C Major doesn’t have a beat and Prelude No. 8 in E-Flat Minor has lots of beats.

With WELLFLOAT, you cannot stop yourself playing all the versions in your library to check! 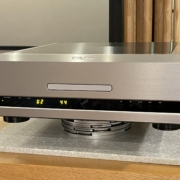 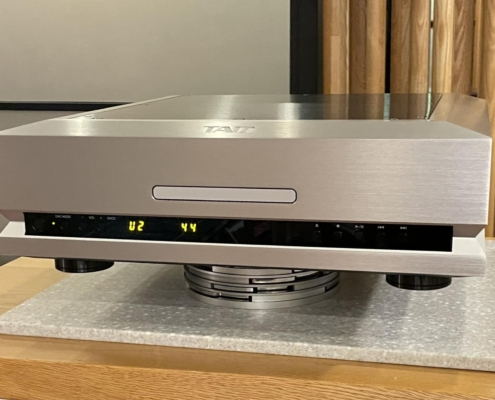 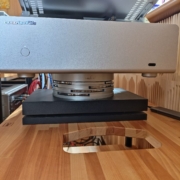 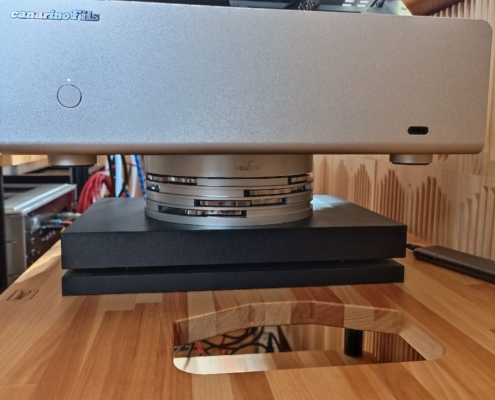 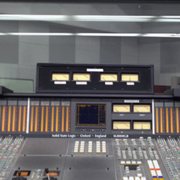 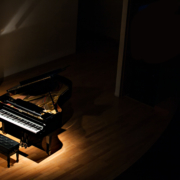 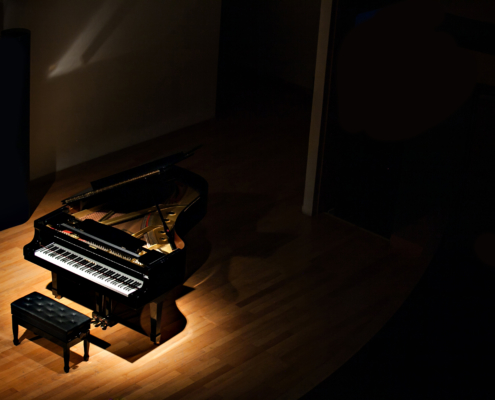 Putting the speakers directly on the floor or stands with no concern. Is that correct?

The energy of vibration is lost loss little by little as it travels through feet, stands, insulators or spikes, and the energy finally becomes zero when arrives at the ground. With each step different vibration and sub-harmonics will be added based on type of materials, weight, etc. and this will generate distortion at every point. Due to these accumulated distortions, the total output will be heavily distorted and coloured. You may feel some “strongness” or a “pushy sound” from the speakers standing directly on the floor, but this is based on the distortion not on the speakers’ true performance. Some people may like it for a short period of listening, but not for longer term enjoyment.
In order to resolve the issue, it is required to completely isolate the vibration generated by the speaker and vibration generated by the floor.
There are several ways to achieve this. Let’s think about how best we can do it.

1. Hang the speaker on the ceiling: Technically a good idea, but not realistic in the majority of listening environments as the mechanism is too big. Also, there may be side effects due to the size with so many factors such as material of wire, length, divided vibration, etc. that need to be carefully considered.

3. Put rubber or a spring underneath the speaker; Elastic materials such as rubber absorb vibration by deforming. However, it requires a certain amount of force to start deforming, and no absorption happens until then, which means that micro vibration cannot be absorbed. Also, elastic materials have 3-dimensional distortion by their nature. For springs, resonance generated by itself needs to be considered.

As such, it is very challenging to practically isolate the vibrations between speakers and the floor.
WELLFLOAT has succeeded by installing a very small mechanism inside of the board and has effectively achieved “1. Hang the speaker on the ceiling” with minimum side effect. 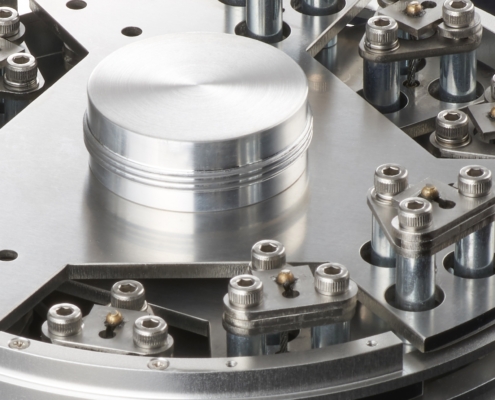 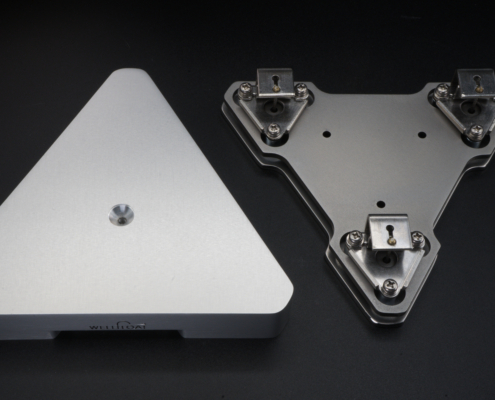 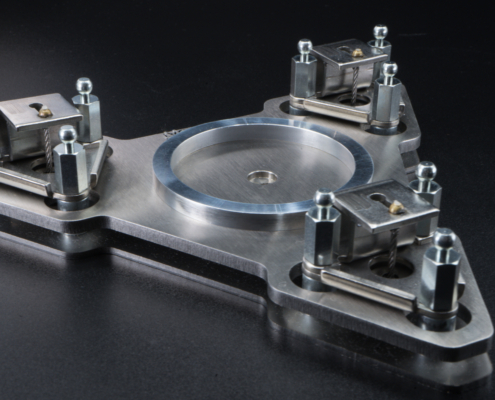 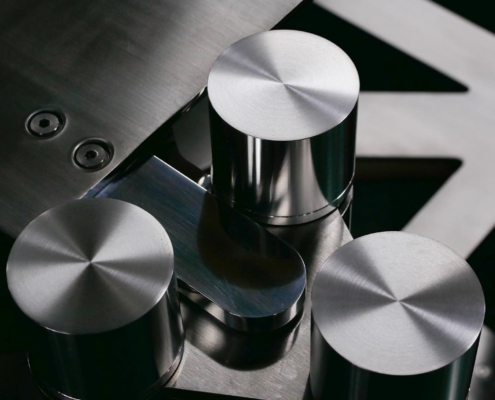 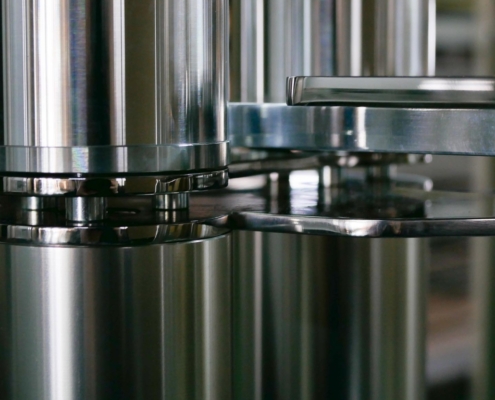 What is the reason why the pendulum movement can remove distortion?

You can imagine a cannon or a gun firing. Cannons have a recoil system to absorb the shock generated by firing. This protects the cannon from being moved or even broken by its shock. The same thing is happening to the speaker in monocular level.
Please have a look at the following graph. The cantilever of WELLFLOAT converts any diaphragm/cabinet movement to pendulum movement linearly in all the audible frequencies. Therefore, the impulse reaction will be accurate and there should in theory be no distortion. 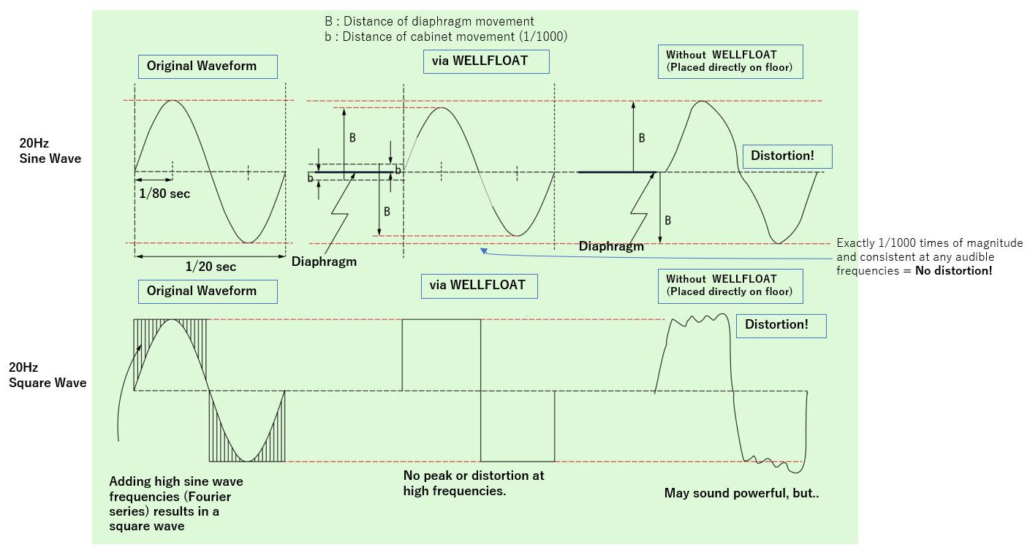 In order to achieve the best sound quality with WELLFLOAT, it is highly recommended to fit WELLFLOAT , the device and the floor in a manner such that they work as much as possible as a united system. The diaphragm of a speaker vibrates mostly in a horizontal direction. If the WELLFLOAT board and the speaker are not working together, the physical position of the speaker will move. Additionally any unwanted vibration due to a gap between WELLFLOAT and speakers will cause loss of energy and the pendulum movement will not work perfectly, meaning it cannot achieve the best sound quality. The “L” series of WELLFLOAT board is recommended whenever available as it has special coating on its surface so it easily fits into almost any type of devices to firmly grip and minimise slippage, giving best performance. If you plan to use spikes, it is important to make sure that the spikes are firmly fixed to WELLFLOAT and don’t easily move.

2. Is it as effective in use with other devices such as amplifiers and players?
​
We are happily committed to the belief that WELLFLOAT is not only for loudspeakers. Many end users have reported that WELLFLOAT is effective for almost any type of HiFi device that uses with a motor mechanism such as turntables, CD players, Hard disk drives, and so on. WELLFLOAT is also effective for amplifier, DAC, cables, etc., which don’t have any motors at all. We believe that any device working with an electrical current has internal physical vibrations that are affecting each other.

3. Can WELLFLOAT be used upside down?
​
WELLFLOAT has a U-shaped spring inside specifically designed to convert the direction of vibration to the horizontal. This U-shaped spring is this direction taking into account gravity. If the mechanism is upside down, WELLFLOAT will not function properly. It is very important to make sure that WELLFLOAT is NOT upside down and keep the suggested directions. As long as the directions of up and down are correct, you can place WELLFLOAT in any directions in a horizontal way without any compromise of the performance. Please refer to the following diagram for more details on what’s happening inside our mechanism.

This site uses cookies. By continuing to browse the site, you are agreeing to our use of cookies.

We may request cookies to be set on your device. We use cookies to let us know when you visit our websites, how you interact with us, to enrich your user experience, and to customize your relationship with our website.

Click on the different category headings to find out more. You can also change some of your preferences. Note that blocking some types of cookies may impact your experience on our websites and the services we are able to offer.

These cookies are strictly necessary to provide you with services available through our website and to use some of its features.

Because these cookies are strictly necessary to deliver the website, refusing them will have impact how our site functions. You always can block or delete cookies by changing your browser settings and force blocking all cookies on this website. But this will always prompt you to accept/refuse cookies when revisiting our site.

We fully respect if you want to refuse cookies but to avoid asking you again and again kindly allow us to store a cookie for that. You are free to opt out any time or opt in for other cookies to get a better experience. If you refuse cookies we will remove all set cookies in our domain.

We provide you with a list of stored cookies on your computer in our domain so you can check what we stored. Due to security reasons we are not able to show or modify cookies from other domains. You can check these in your browser security settings.

These cookies collect information that is used either in aggregate form to help us understand how our website is being used or how effective our marketing campaigns are, or to help us customize our website and application for you in order to enhance your experience.

If you do not want that we track your visit to our site you can disable tracking in your browser here:

We also use different external services like Google Webfonts, Google Maps, and external Video providers. Since these providers may collect personal data like your IP address we allow you to block them here. Please be aware that this might heavily reduce the functionality and appearance of our site. Changes will take effect once you reload the page.

The following cookies are also needed - You can choose if you want to allow them: